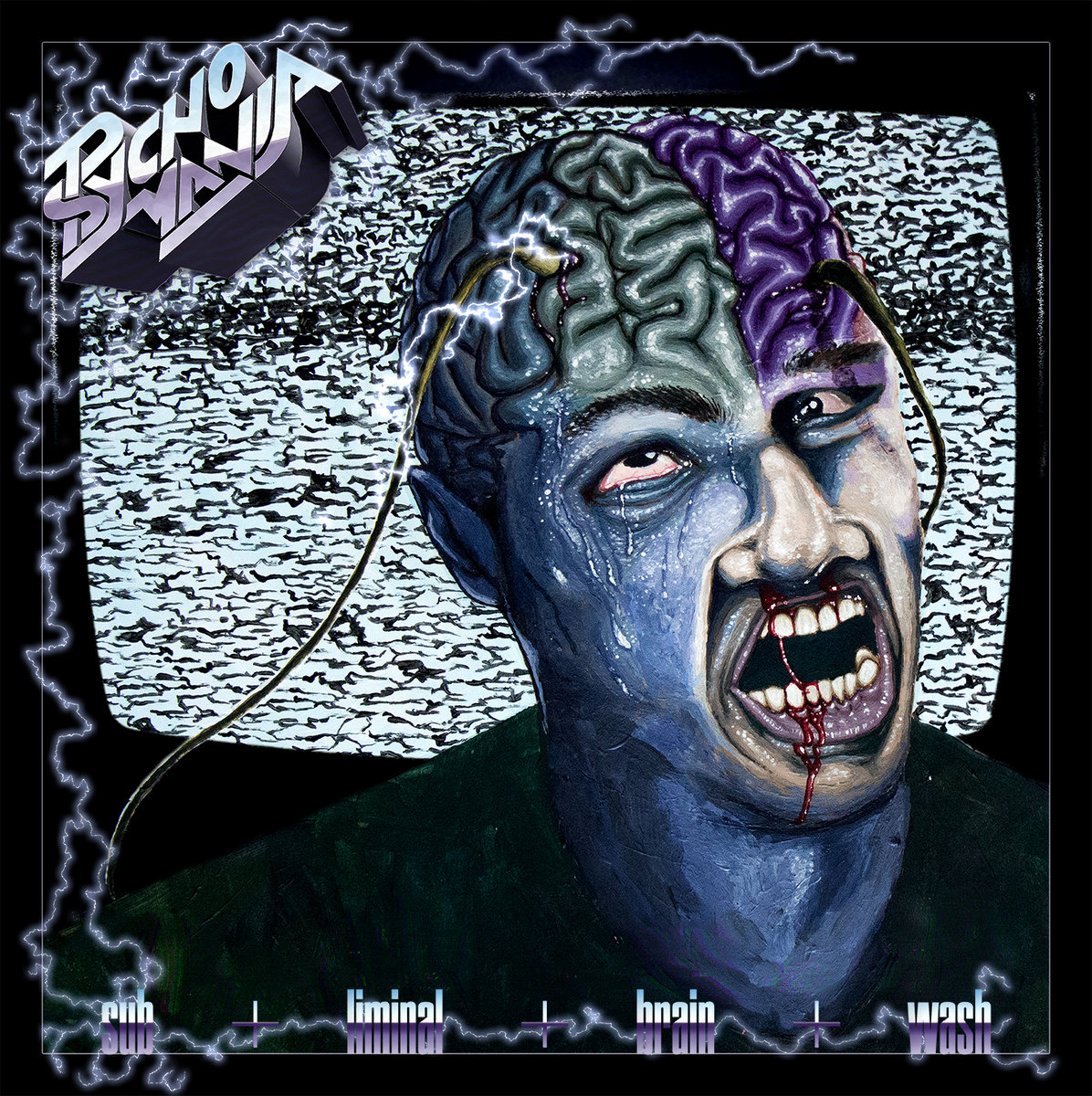 PSYCHO MANIA
| SUBLIMINAL BRAINWASH |
INDEPENDENTLY RELEASED
2017, DIGITAL
Old school thrash has made quite the comeback in recent years, and I absolutely love it. Modern metal bands are thriving on the sounds of the late 80’s and early 90’s thrash metal, reinvigorating this classic genre for the modern age. However in terms of being “old school”, Germany’s Psycho Mania travels as far back to the golden age of thrash as you can go. By that, I mean going back to the early thrash sound. Oh yeah, I’m talking stuff like Metallica’s Kill ’em All, Exciter’s Heavy Metal Maniac, and Whiplash’s Power and Pain. If Power Trip takes you back to 1988, Psycho Mania takes you back to 1984 with their 2017 debut Subliminal Brainwash.
The album opens right up with one of the best on the album, and that is ‘Psychomaniac’. Just like Exciter’s ‘Heavy Metal Maniac’, this would have become a classic metal anthem in no time had this been released back in the 80’s. Classic traditional metal guitar runs, constant speeding drums, and a spitting vocal attack is what an old school metal fan is looking for. Flo Fait’s vocals are an excellent hybrid of Whiplash’s Tony Portaro and Exciter’s Dan Beehler, and his guitar brings together not only early thrash but also beautiful guitar melodies that show off the genre’s melodic side very well.
Maik Teschner’s bass tone sounds really loose, and enhances the raw garage-esque sound of the album. The intro to ‘Burning Down’ showcases this the best, and takes place as one of the most infectiously catchy songs on the whole album. Tom Dworsky’s drum performance has a similar looseness to it, and with the bass completes an excellent rhythm section. Something I really like about the album, is how Psycho Mania has combined a DIY garage band vibe with excellent soloing and hooks. A lot of the album has this overarching punk attitude, but all the riffs and virtuosity of a thrash band is here. Some other highlights that really showcase what these guys are all about are ‘Fear’, the finale ‘Awkward Assembly’, and ‘Take a Walk’. The latter song in particular gets the listener hooked.
Psycho Mania establishes themselves as a force to be reckoned with on this debut, and fills a niche of the early thrash sound that was surprisingly lacking in the current thrash circuit. Fans of said old school sound should really do themselves a favor and give this album a listen. Psycho Mania is definitely a band to keep an ear on and I’m looking forward to whatever they’ve got coming next.
Written by Khaliq Jordan for The Frying Pan.
More reviews by Khaliq:
https://fryingpanmedia.com/author/khjordan/
Subliminal Brainwash:
https://psychomaniacs.bandcamp.com/album/subliminal-brainwash